The book launch for Clinton Heylin’s monograph No One Else Could Play That Tune: The Making and Unmaking of Bob Dylan’s 1974 Masterpiece will take place on Saturday 13th October, at Tap & Barrel, Pontefract, starting at 2:45pm.

This date is also National Album Day, so we’ve teamed up with our friends The CAT Club, one of the UK’s longest running record listening clubs. The launch presentation will be followed by a playing of the original New York version of Blood on the Tracks. We will be joining many others simultaneously celebrating albums on this day with a needle drop time of 3:33pm.

The CAT Club has a noble policy of encouraging gatherings to sit and listen to an album in its entirety. We’ve chosen the New York ‘Test Pressing’ version of Blood on the Tracks as Clinton’s monograph is focused on the New York sessions. The listening experience will be consistent with Columbia PR officer Paul Rappaport’s attitude to his copy of the original Test Pressing. who is quoted in the monograph thus:

I played it to friends in the company, I played it for the [people in] radio, because I thought it was one of the greatest things ever, and when he decided to change it, me and a handful of others at Columbia were heartbroken. Because we thought we had heard one of the most perfect recordings of all time. You didn’t [usually] share test pressings … with many people … [But] I would sit with people and I would get a bottle of wine and I’d say, You’re gonna sit here with [a] glass of wine and you’re going to listen from beginning to end, and you’re not going to utter a word. And every person I played it for was just so moved [by] the end, they couldn’t talk.

Tickets for the launch event are £15 and include a copy of the monograph (cover price £15). Clinton will be on hand to sign copies.Click here to book your place.

If you want to make an afternoon of it, the Tap & Barrel is the best lunch spot for miles around. Head chef Gary Pickles has worked in some of the best restaurants in Europe and the US alongside some of the best chefs in the world. There’s a staple menu and weekly specials. Click here for more details and to book a table.

(*** UPDATE *** The launch event will take place in the theatre area of the Tap & Barrel. Seats in this area have SOLD OUT. There is a public bar adjacent to the theatre which is open to all. If you want to drop by, the record will play through to the public bar and you will be able to pick up a copy of the book on the day.)

If you can’t make it to Pontefract, but would like to order a copy of the monograph, we will start shipping after the launch. Click here to get your copy. 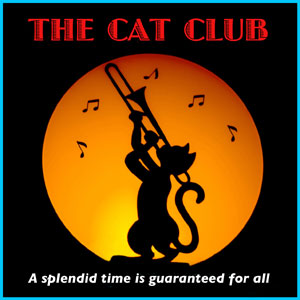