A new updated edition of Ian Clayton’s best-selling music memoir is now available. This edition brings the story up to date and we’ve added photos for the first time. A new bigger format too. Click here to get a signed copy.

When you hear a certain song, where does it take you? What is the secret that connects music to our lives? Heart warming, moving and laugh out loud funny, Bringing It All Back Home is the truest book you will ever read about music and the things that really matter.

Author Ian Clayton listens to music as a kid to escape and as an adult to connect. In Bringing It All Back Home he has created a book about love, friendship, family and loss – about life and living it. While searching for a soundtrack to his own life story, he has discovered the heart that beats inside us all.

‘One of the best books about popular music ever written.’ – Record Collector

‘A music-powered helter-skelter of living and learning, as perceptive as a Bob Dylan lyric and as earthy as a Bessie Smith blues.’ – Val Wilmer

‘Ian Clayton has much to say and he says it so well. We need original eyes to look at the North in these days of extraordinary change. Ian’s are among the region’s most perceptive and humane.’ – The Guardian 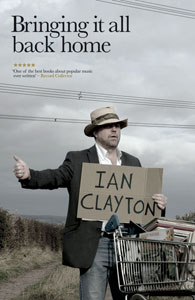 Video trailer for Paul Hanley’s Leave The Capital: A History of Manchester Music in 13 Recordings

Leave The Capital tells the story of Manchester music through the prism of the two studios’ key recordings. Of course that story inevitably takes in The Smiths, Joy Division, The Fall and The Stone Roses. But it’s equally the story of ‘Bus Stop’ and ‘East West’ and ‘I’m Not in Love’. It’s the story of the Manchester attitude of L.S. Lowry, by way of Brian and Michael, and how that attitude rubbed off on The Clash and Neil Sedaka. Above all, it’s the story of music that couldn’t have been made anywhere else but Manchester.

Daniel Blake, 59, has worked as a joiner most of his life in Newcastle. Now, after a heart attack and nearly falling from a scaffold, he needs help from the State for the first time in his life. He crosses paths with a single mother, Katie, and her two young children, Daisy and Dylan. Katie’s only chance to escape a one-roomed homeless hostel in London has been to accept a flat in a city she doesn’t know some 300 miles away.

Daniel and Katie find themselves in no-man’s land caught on the barbed wire of welfare bureaucracy as played out against the rhetoric of ‘striver and skiver’ in modern day Britain.

Features original screenplay, photos from the film and production notes from cast and crew, including Paul Laverty, Ken Loach and Rebecca O’Brien.

‘Ken Loach is back with a protest cry for common humanity.’ – Sight & Sound

‘A work of scalding and moving relevance.’ – Variety

‘An immediate classic.’ – The Times

Watch an interactive documentary about the making of I, Daniel Blake here

Steve McKevitt reads a passage from his book Everything Now that illustrates how advertising takes over your brain.

More on Everything Now:
http://everythingnowbook.wordpress.com/

Book trailer for David P. Waddington’s Coal, Goals and Ashes: Fryston Colliery’s Pursuit of the West Riding County FA Challenge Cup, a story of sporting heroism and romance from the heart of the Yorkshire coalfield.

Click here for more on Coal, Goals and Ashes. 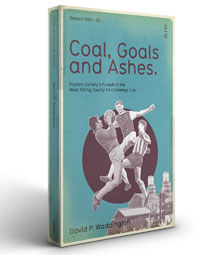