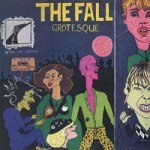 The Big Midweek: Life Inside The Fall by Steve Hanley and Olivia Piekarski

Leave The Capital: A History of Manchester Music in 13 Recordings by Paul Hanley

Have A Bleedin Guess: The Story of Hex Enduction Hour by Paul Hanley

Paul on BBC Radio 4’s Front Row on 6th May 2020, talking Hex Enduction Hour and The Fall alongside music critic Kate Mossman and presenter Katie Popperwell. There is tribute to Karftwerk founder Florian Schneider at the end of the programme. His death was announced that day.

Here’s the text from the BBC Front Row website:

‘In 1982 post-punk group, The Fall, led by charismatic frontman Mark E. Smith, released their fourth album Hex Enduction Hour. At the time the group were struggling for attention and success outside their small but devoted following that included Radio 1 DJ John Peel who regularly championed their music. Hex Enduction Hour changed all that and five decades on is still regarded as a masterpiece. Former Fall drummer, Paul Hanley has written a new book, Have A Bleedin Guess, about the making of the album and is joined by music critic Kate Mossman to discuss the album’s significance.’

The full show is archived here

Click here for more on Have A Bleedin Guess

Paul Hanley in conversation with Daryl Easlea at Louder Than Words Festival 2019. They discuss Paul’s book Have A Bleedin Guess: The Story of Hex Enduction Hour. Running time 1:02:37

Click here more features on Have A Bleedin Guess 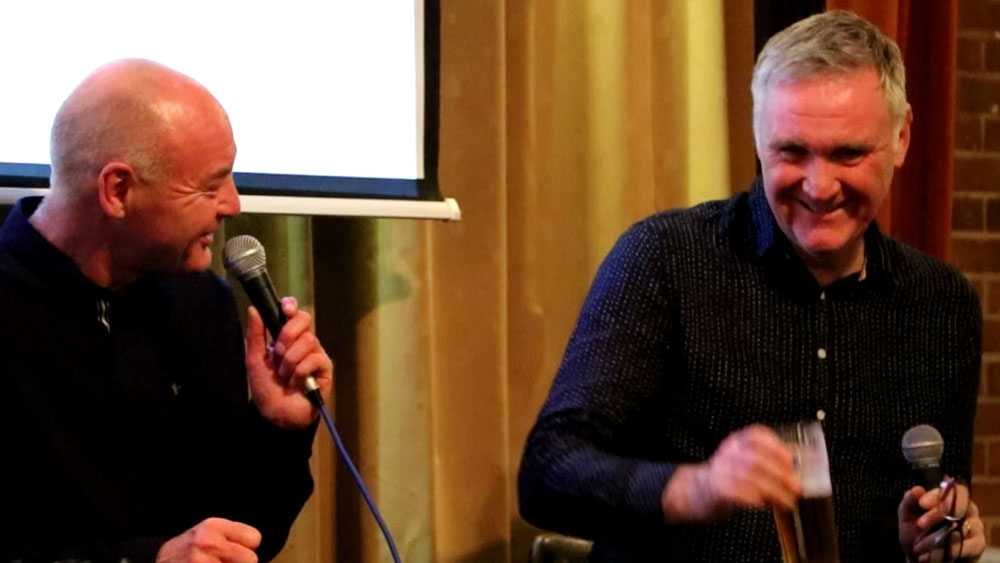 AUDIO: Brothers Steve Hanley and Paul Hanley in conversation with John Doran at Walthamstow Rock N Roll Book Club. The first part of the conversation is dedicated to The Fall’s 1982 album Hex Enduction Hour, the subject of Paul Hanley’s book Have A Bleedin Guess. The second part is taken with general questions about The Fall, led first by John Doran and followed up by questions from the audience. Recorded at The Trades Hall, Walthamstow on 23rd October 2019 in front of a full house. The sound of bottles smashing during the recording come from the bar, there wasn’t a riot in the crowd. Click play above to listen. Running Time 1:26:50

(If the audio player above is not active, click this link to play the file in your browser, or right-click and choose ‘save link as’ to download the podcast’)

VIDEO: Click here to watch a video of the audience Q&A (It duplicates the last 21 minutes of this recording, so you can switch over at 1:05:29 and listen to the remainder with moving pictures.)

For more on Steve and Paul’s books, click the covers below.

HAVE A BLEEDIN GUESS: The Story of Hex Enduction Hour by Paul Hanley

Even if it’s a fool’s errand trying to decide which is the greatest LP out of The Fall’s huge back catalogue of albums, many fanatics of the group will tell you that the worst thing you can say about Hex is that it’s their equal best at the very least. ’ – John Doran, The Quietus

Of all The Fall’s myriad long-players, Hex Enduction Hour remains one of their most highly regarded. Even the circumstances of its recording, purportedly in an abandoned cinema and a cave formed from Icelandic lava, have achieved legendary status among their ever-loyal fanbase.  HAVE A BLEEDIN GUESS tells the full story of the album, including how each song was written, performed and recorded. It also includes new interviews with key players.

Author Paul Hanley, who was one of The Fall’s two drummers when Hex was created, is uniquely placed to discuss the album’s impact, both when it was released and in the ensuing years.

Hanley writes in his introduction to the book: ‘Because of the way The Fall worked in those days, Hex and its contents can’t be discussed in a vacuum […] While what went on during the Iceland and Hitchin sessions will inform much of what follows, documenting the making of Hex Enduction Hour isn’t like discussing Rumours, or even Blood on the Tracks: its recording was part of a process. What’s more, the Fall process often subverted the rehearse-record-tour cycle by skipping the rehearsal bit – it wasn’t unheard of for a song roughed out in a soundcheck to be part of that night’s set. The oldest song on Hex Enduction Hour was first played live as early as August 1980. The group released an LP, a six-track ‘mini-album’ and two singles before it made its way onto vinyl, but it fits Hex Enduction Hour’s atmosphere perfectly. Someone in The Fall knew what they were doing. Hopefully by the end of this you’ll have some idea too.’

It is this continuous working process – from the formation of the band that made the record, through the trip to Iceland, the key switching of record labels from Rough Trade to Kamera and the subsequent recording at The Regal in Hitchin –  that is at the heart of HAVE A BLEEDIN GUESS. Along the way, Hanley’s insider’s perspective busts a few myths that have surrounded the album over the years, as well as bringing fresh insights, not least of which is who is the King Shag Corpse.

Paul Hanley was the drummer in The Fall from 1980-85 and now plays with Brix & The Extricated. His debut book Leave The Capital: A History of Manchester Music in 13 Recordings was nominated for the ARSC Award for Excellence in Historical Recorded Sound Research.

HAVE A BLEEDIN GUESS: The Story of Hex Enduction Hour signed paperback edition (while stocks last) can be ordered direct from Route. CLICK HERE TO ORDER

Events:
Wednesday 23rd October
Rock N Roll Book Club, Walthamstow Trades Hall.
Paul was joined by brother Steve. Interviewed by John Doran of The Quietus
Click here to listen an audio recording of the event, plus a video of the audience Q&A