Hi, I just wanted to say that at 2 in the morning just now I finished the book. It made me sob! I was so touched by it. And to find this page on Facebook and see the photos made me cry again! Everyone has come to life. And they are just as I imagined you all.

I’m at the age now where I’ve finished uni, got a full time job and feel like a bit of an adult. That age where I’m starting to loose contact with my Marks and Sians and Nicks and so reading this has helped me realise that I’ll always have my memories of school and college. Although I’m mourning those times a little I’m ready for my next stage to life knowing I’ll carry my friends in my heart with me whilst knowing I’ll see them at our important life events again. Your book is beautifully written and well worth a second read, I’ll be definitely badgering my friends with it as Christmas presents! Thank you so much for sharing your memories of your friends and your parents and making them so vivid and human.

Click here for more on Nothing Ever Happens in Wentbridge.

It could be just coincidence. I’m sure it is, but they do keep on coming.

I guess there would be strange things happening around a book that takes its title from the biggest, most horrible coincidence of them all – that I was told nothing ever happened in Wentbridge and then someone I loved so very much died there. And then there was his voice in the car telling me my baby would be fine, four years after his death; his vivid message to me in a dream the night before my mum died; Tony Hodge meeting him on his landing at home and shouting at him because he was so angry he’d put us all through such grief; and Mandy nodding off at the wheel of her car after our reunion and hearing Mark’s voice, clear as day, saying “Mandy, wake up!”.

The day I was interviewed on Radio Leeds about the book, immediately before my microphone was turned on, there was a traffic news report of delays because of an accident and fatality on the A1 at Wentbridge. When an article about the book appeared in the Pontefract and Castleford Express, the adjacent story was about a young man who’d died when his car crashed on the A1 at Wentbridge. And the other day, someone in the audience for my talk about writing from personal experience at Portobello Book Festival came to see me afterwards to say she hadn’t known before the event that I was from Cottingham. She was too, and as we talked, it became clear she and her husband were friends with Mark’s older brother, and had been since her own brother had died a year after Mark in 1987. Our mothers were both brought up on Newland Avenue, and went to the same school, albeit a year apart.

Things keep on happening around ‘Wentbridge’. It’s a small world, or is it just a lot bigger than we know…?

Click here for more on Nothing Ever Happens in Wentbridge. 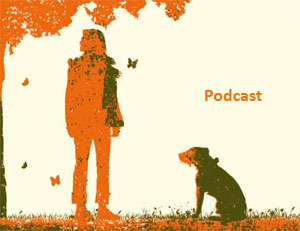 Janet Watson recorded in conversation with Ian Daley of Route, talking about her book Nothing Ever Happens in Wentbridge. Over a few glasses of Dry Blackthorn Cider, Janet talks about friendship, about Mark, her mum, and about the writing of the book. The podcast is soundtracked by key songs from the era.

Nothing Ever Happens in Wentbridge
by Janet Watson
Published by Route

Buy direct from Route
Buy from Waterstones
Buy from Amazon 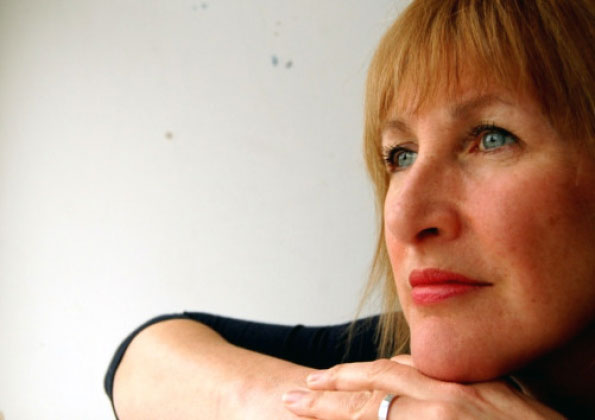 A feaure by Janet Watson for Yorkshire Post, 11 January 2012.

As a girl, Janet Watson dreamed of seeing her work in print. Stories of when she was younger helped to make the dream come true.

Either they stay put, find a partner, settle down, have children, or they go away then return, finding book and record shops they once knew replaced by sandwich and burger bars.

Vintage clothes shops and coffee bars opening on Chanterlands Avenue; and, for me, a bijou coffee house selling organic cupcakes where my mother used to buy her veg. Now, too, there’s the glittering edifice that is Princes Quay. Well, who wants to walk down Whitefriargate on a cold, wintry afternoon in January?

I once described Hull people’s vowels as being ‘as flat as their horizons’.

The exception to the flat outlook is north and a view of the hills of the Yorkshire Wolds chalk escarpment. But all other points of the compass give vistas to water or the M62. So, flat horizons then – though not necessarily limited.

As a child, I had my very own horizon… I wanted to be a writer. I filled exercise book after exercise book – the red Silvine ones you found in every cornershop – with stories.

I had two topics, witches – usually from Halloween onwards – and horses, about which I was mad in the usual girls and horses way. When I wasn’t writing I was reading about the Famous Five, Gobbolino the Witch’s Cat, and Willy Wonka’s Chocolate Factory.

I dreamed of one day seeing my witches – often called Esmerelda or Grimalkin – or horse-riding heroines between the colourful covers of a real, bona fide, printed, published book.

And then reality kicked in, and the need to get O-levels, A-levels and boyfriends – and in the process of getting a boyfriend, the seeds of my future book were sown, even though I had completely taken my eye off the ball in terms of writing.

It’s difficult to get lost in an imaginary world when you’re having to learn chunks of Shakespeare and your  mother disapproves of everything you do.

And actually, my teenage life – and the friends I made in the sixth form while at Cottingham High School – was quite enough to keep my imagination sated, and I filled diaries instead of exercise books with real stories now, about life, love, the universe and everything.

I decided to train to be a journalist; it was glamorous and I could write, right? Jean Rook was a famous name from Hull, and she seemed to get paid for very few words, though they were choice ones, I’ll give her that. And so, after A-levels,

I headed west to study in Sheffield, and then towork on weekly newspapers in Pontefract and Wakefield before reaching my very own dizzy heights at the Yorkshire Evening Post in Wellington Street, in the very same hexagonal building where I’d taken the tests that had got me into journalism college in the first place.

Life took me away from Leeds in the shape of a job in Scotland and my husband. In 1990, we moved north of the border thinking we were leaving all things Yorkshire behind.

But my home county was having none of it and gradually my past, and the tragedy of what happened to the first love I’d blithely written about in my 1981 diary, caught up with me, insistent, and pulling me  back to a point about  halfway between Leeds and Sheffield – Wentbridge, on the A1, here ‘something’ happened.

Revisiting the teen me and the story of growing up and leaving, took me back home, and even to writing again, now for the newspaper I left behind in 1990.

I’ve learned my lesson. Never say never. Never say ‘nothing ever happens’, and horizons – even those in Hull – are never as flat or calm as they look.

Nothing Ever Happens in Wentbridge by Janet Watson

Janet and Mark drive to the Humber Bridge for a romantic tryst amidst the rocking cars and steamed up windows in the viewing area car park.

Janet Watson reading from her memoir Nothing Ever Happens in Wentbridge

A junior reporter bemoans the lack of news stories on her patch.

Janet Watson reading from her memoir Nothing Ever Happens in Wentbridge